Money Heist is one of the most popular series available on Netflix. It is one of the most-watched series. The next season of Money Heist is probably gonna release in a couple of years. But there is good news for the fans of Money Heist. Álex Pina, Who was the creator of the Money Heist is back on Netflix with his new show called “White Lines”. The show is made with the collaboration with the makers of “The Crown”. The dialogue in the show will be a mix of Spanish and English. The cast and crew of the show are also mixed.

What is the show “White Lines” about?

The show is mainly focused on Zoe Walker whose brother Axel is found dead, almost 20 years after going missing while working as a DJ on Ibiza. So Zoe decided to go to Ibiza to investigate the death of her brother. The show is going to focus on her journey as well as what happened 20 years ago and her investigation.

When is “White Lines” going to be released?

The 10-episode first series will be released on 15 May 2020. It will be available in Netflix

Is there Trailer available for White Lines?

Yes, the first trailer of the show was released in late April

By the look of the trailer, it seems it will be a wild ride. Hope it will deliver on its promise 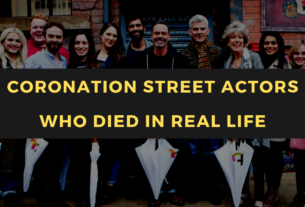 This is What Chris Evans is doing in Quarantine