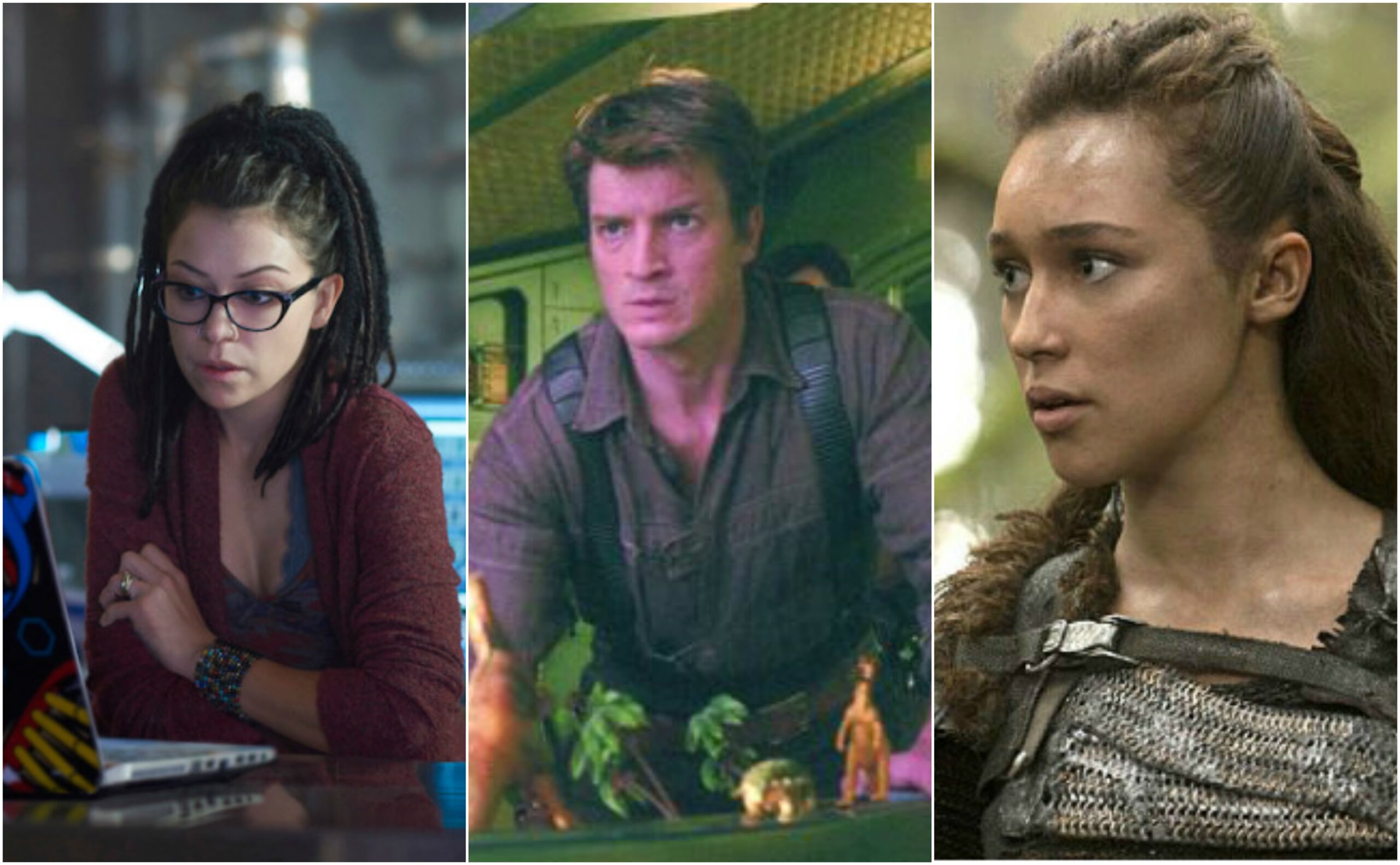 Sci-fi series is one of the best genres nowadays especially to those who love technologies and science. It typically deals with imaginative and futuristic concepts such as advanced science and technology, time travel, parallel universes, fictional worlds, space exploration, and extraterrestrial life.

Humans is a Sci fi series of a family who decides to buy a highly-developed robotic servant without thinking of its consequences. This is probably one of the best sci fi series which seems closer to the reality we live in. This series was first debuted on June 14, 2015, on AMC and Channel 4 Networks. Humans was both popular within both critics and audiences.

It currently holds a score of 8 in IMDB and 94% on Rotten Tomato. In December 2015, Humans was voted Digital Spy’s “Top Show of 2015,” described as managing “to stand out as something totally different in a TV landscape awash with cop shows and crime thrillers… And its fearlessness, its creativity, and its quality all deserve to be recognized.”

As of now, Humans have completed 3 seasons and fate of season 4 is still uncertain. If you have not heard or seen this show then stop everything and start watching this show.

Counterpart is one of the most underrated shows which debuted in Starz on December 10, 2017. In this series, J. K. Simmons plays a  UN employee who discovers the agency he works for is hiding a gateway to a parallel dimension that’s in Cold War with his own, and where his other self is a top spy. The war slowly heats up thanks to spies from both sides.

This is one of the few sci fi series which currently hold 100% rotten tomato score. IMDb score of this series is 8.1. Apart from its story, The best thing about counterpart is its actor. Almost all the actors have a double role and played beautifully. But Starz canceled the series after its second season and creator of this series has been searching for a new network to broadcast.

The Expanse is an American science fiction television series developed by Mark Fergus and Hawk Ostby, based on The Expanse novels by James S. A. Corey.  This show has been praised for its visuals, character development, and political narrative.

The series follows a police detective in the asteroid belt, the first officer of an interplanetary ice freighter and an earth-bound United Nations executive who slowly discover a vast conspiracy that threatens the Earth’s rebellious colony on the asteroid belt. It currently holds 90% rotten tomatoes and 8.4 on IMDB. Even though it has good review and love of the audience, Syfy canceled it after the 3rd season.

Fans protested the cancellation, gathering over 100,000 signatures for an online petition and lobbied Amazon Studios and Netflix to pick the series by using “#SaveTheExpanse” banner around Amazon Studios and Social media. On May 26, Amazon finally picked up series for its 4th season

Black Mirror is a British science fiction anthology television series which mean audience do not need to watch every episode of the show to understand it. Every Episode has its own story, directors, and actors.

The series premiered for two series on the British television channel Channel 4 in December 2011 and February 2013, respectively.  Due To its extremely high popularity, Netflix purchased the programme in September 2015. The series has garnered positive reception from critics, received many awards and nominations.

Black Mirror has been confirmed to have the fifth series which will release in 2019. Black Mirror has also released an experimental movie called Bandersnatch on Netflix on 28 December 2018. Bandersnatch is an interactive film, prompting the viewer at times to select one of two choices on a screen that affect how the work is shown; There are over one trillion potential paths to view the work with five distinct endings. You can watch it on Netflix

Stranger Things is one of the most extremely popular and best sci fi series created, written, and directed by the Duffer Brothers and released on Netflix. The show is followed by the disappearance of a young boy and his mother, a police chief, and his friends must confront terrifying forces in order to get him back.

In December 2017, Netflix ordered a third season, which began production in April 2018 and will consist of eight episodes, and is set to be released on July 4, 2019. This show is currently on 95% on rotten tomato score. This show was popular among all the age group and was one of the highest viewed sci-fi series that year. So you can give this one try.

Westworld is probably the most popular and high budgeted show on HBO after Game of Thrones. This show is created by Jonathan Nolan and Lisa Joy who also created another incredible series called Person of Interest.

They are also co-producers of the show along with J. J. Abrams, Jerry Weintraub, and Bryan Burk. It is highly popular among the critics as well as with the audiences. Westworld has been nominated for 43 Emmy Awards, 3 Golden Globe Awards, 2 Satellite Awards, 4 Critics’ Choice Television Awards, and 2 Writers Guild of America Awards.

This show is Set at the intersection of the near future and the reimagined past, explore a world in which every human appetite can be indulged without consequence. This show is currently at the second season and was renewed for a third season that will premiere in 2020.

Altered Carbon is an American dystopian science fiction cyberpunk web television series created by Laeta Kalogridis which was debuted in Netflix on February 2, 2018. This series is set in a future where consciousness is digitized and stored, a prisoner returns to life in a new body and must solve a mind-bending murder to win his freedom.

This series is based on a Novel of the same name which was released in 2002. It might be a less popular series with critics in this list with only 65% rotten tomato score but this is certainly very popular with general audiences with 8.2 IMDB ratings. So Netflix renewed this series for the second season of eight episodes. If You are a fan of sci-fi and cyberpunk then you will definitely love this show. You can watch this now on Netflix

The 100 is an American post-apocalyptic Sci-Fi Dystopian drama television series developed by Jason Rothenberg and very loosely based on the book series of the same name by Kass Morgan. The series premiered on The CW in the United States on March 19, 2014. This is one of the best young adult series which deals with many aspects of sci fi genre.

This series is set 97 years after a nuclear war has destroyed civilizations, when a spaceship housing humanity’s lone survivors send one hundred juvenile delinquents back to Earth, in hopes of possibly re-populating the planet.

The series is currently on the 5th season and the series was renewed for a sixth season, which is set to premiere on April 30, 2019. This series stars Eliza Taylor, Paige Turco, and Thomas McDonell and follow their journey. Due to its unpredictable storyline and great screenplay this series remains to be most popular.

Sense8 is a unique sci fi series, that follows a group of people around the world are suddenly linked mentally and must find a way to survive being hunted by those who see them as a threat to the world’s order. This show was created by Lana and Lilly Wachowski and J. Michael Straczynski for Netflix. This show was first debuted on June 5, 2015.

This show is equally popular among critics and audiences which hold 84% on rotten tomatoes and 8.4 in IMDB. Despite being this popular, On June 1, 2017, Netflix announced they had canceled the series after two seasons. As Netflix, Viewership of series was not large enough to support the high production costs.

In response to this cancellation, fans created online petitions, called Netflix, and tweeted #RenewSense8 and other hashtags, in an attempt to bring back the show. Netflix responded and announced the release of a two-hour special which released in 2018

Dark is the first German-language Netflix original series and debuted on Netflix’s streaming service on December 1, 2017. This show has been compared to  Stranger Things due to its premise but it is very much different than  Stranger Things.

Due to the massive success of the first season, the second season was announced with a short teaser on the German Facebook pages of the series and Netflix on December 20, 2017. Release schedule of the second season has not been confirmed yet.

The basic premise of Dark is A family saga with a supernatural twist, set in a German town, where the disappearance of two young children exposes the relationships among four families. The first season received mostly positive reviews from critics with a score of 87% on Rotten Tomatoes and praised for its tone, the complexity of its narrative, and its pacing. If you want a darker and in-depth story than stranger thing then this is your show.

So, this is the list created in which we covered best of sci fi series which was debuted after 2010. If you think we have missed any other series which you love please tell us on comment below. Also, let us know your best sci fi series of all time. 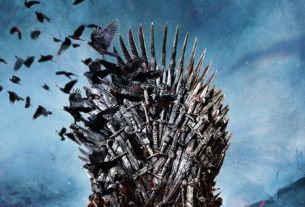