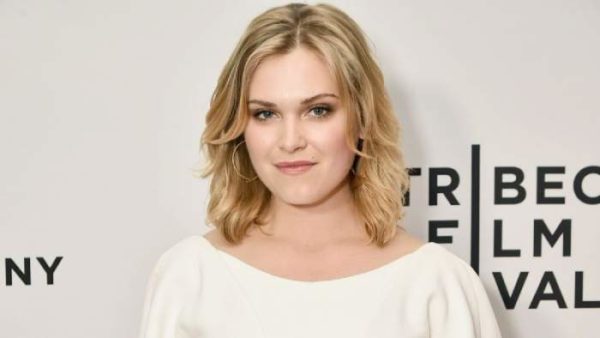 In this post, we are going to cover all the facts you need to know about Eliza Taylor.

4. She’s widely popular for her role as Clarke Griffin in the CW series “The 100” and also as Sarah Redding in children’s television program Pirate Islands.

5. She is also playing the role of Janae Timmins on the Soap Opera “Neighbours” and also played various drama such as ‘The Sleepover Club’, ‘Blue Heelers’, ‘Blue Water High’, ‘Rush’, ‘All Saints’, ‘Winners & Losers’, ‘Mr & Mrs. Murder’ and ‘Nikita’.

6. She has acted on Television Series, Movies and Stage all.

8. She played the role of Acting Teacher at The Actors Nest.

9. She loves to write songs, play guitar in her leisure time.

10. She has been nominated for awards like Soap Awards, Teen Choice Awards, and All About Soap Awards.

12. Her father was a cafe owner having cafes all across Melbourne.

14. Her mother is a graphic designer.

16. She likes to be active in social media because she wants to know other’s perception on her and the work she’s doing.

17. She graduated from Calder High School and currently studying at the University of California USA.

19. Her favorite shows are House, Grey’s anatomy and Love My Way.
20. Her Facebook page has over 75k followers. She’s not so active on her Facebook lately.
(https://www.facebook.com/ElizaTaylorOfficial/)

21. She really rocks on twitter with over 556k followers and she frequently posts there.
https://twitter.com/MisElizaJane/

22. She has over 1.4 Million followers on Instagram and she’s highly active there too. You can see great photographs of her on her Instagram page.
https://www.instagram.com/elizajaneface/

23. In 2003, She started her career by appearing in the lead role of Sarah Redding in Children’s Series Pirate Islands.
24. She then appeared as Rosie Cartwright in the drama ‘The Sleepover Club’.

25. she played Janae Timmins in the series ‘Neighbours’.

29. In 2009 She was cast in minor roles in the dramas ‘Packed to the Rafters’ and ‘All Saints’.During that year, she also acted in the short film ‘The Laundromat’.

30. Later on, she appeared on episodes of City Homicide and ‘Winners and Losers’.

32. After this, she acted in the movie ‘The November Man’.

33. From 2014 she joined the cast of ‘The 100’ as Clarke Griffin and this series made her really really popular.

35. She wanted to become a marine biologist growing up.

36. After living for a few months in LA, She lost her credit card and lost all of her money. She spent some time at Home Depot and ready to pack her bags and go to Australia not knowing the way to survive in Los Angeles. Then she got a call from her manager saying she has been selected for the show The 100 which she has auditioned months ago. She went for reading the next day and really loved the script.

She went for a meeting and got the lead role of Clarke Griffin. Then she flew on a plane to Vancouver for shooting the pilot episode of The 100. Her whole life changed after that.

37. In 2017, She starred as Ellen Langform in the Netflix Christmas romantic drama Christmas Inheritance.

We’ll continue adding more facts if you got anything to share. Please keep in touch with Hollywood mash.
Thank You.

Want to know more about Chad Boyce who died during production set in the 100? Click here