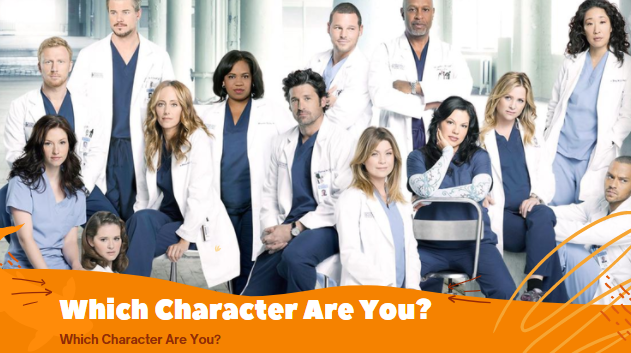 This is the Grey’s Anatomy quiz which will give you one of the characters from the show. The show is a medical drama that focuses on the personal and professional life of Dr. Meredith Grey, played by Ellen Pompeo. Grey begins as an intern and progresses through the ranks to become the chief of general surgery, all while exploring the ups and downs of a surgeon’s life. Pompeo, Sandra Oh, Katherine Heigl, Justin Chambers, T. R. Knight, Chandra Wilson, James Pickens Jr., Isaiah Washington, and Patrick Dempsey were among the initial cast members. Throughout the series’ duration, the cast has seen significant changes. The show had a huge ensemble of 13 actors at the start of the 18th season, including three from the original cast (Pompeo, Wilson, and Pickens).

Grey’s Anatomy is one of the most popular as well as ABC’s longest-running written primetime drama, as well as the longest scripted primetime series carried by the network. Longtime series regulars including Pompeo, Dempsey, and Oh rose to prominence as a result of the show’s success, and they were among the top five highest-paid television actors in 2013. While the show’s total ratings have declined over time, it still is considered one of the highest-rated shows among the 18–49 demographic and the #3 drama on all of broadcast television in the US.

Choose one of the following
Psychiatrists
Neurologists
Radiologists
Anesthesiologists

Have you watch every episode of Grey's Anatomy?
Yes
No

Do you have good relation with your family
Yes
No

Youtuber Family &#8220;Re-homed&#8221; a Autistic Child After using him for their online Clout