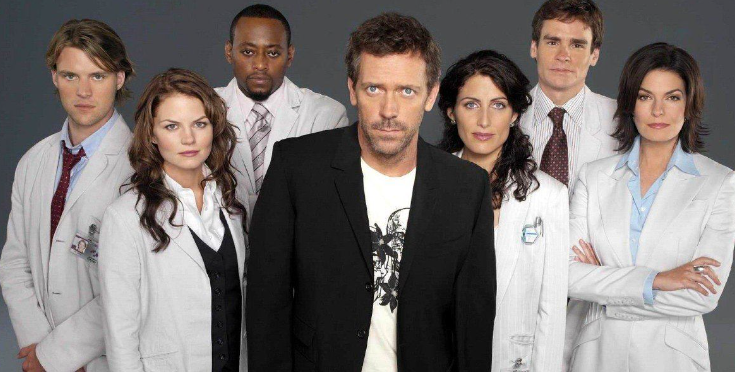 House is an American medical drama television series that aired on Fox from 2004 to 2012. Dr. Gregory House played by Hugh Laurie is the series’ main character, an eccentric, misanthropic medical genius who, despite his addiction to painkillers, leads a team of diagnosticians at the fictional Princeton–Plainsboro Teaching Hospital in New Jersey.

Gregory House, M.D., is a diagnostician at the Princeton–Plainsboro Teaching Hospital in New Jersey who works on special cases and is generally portrayed as a misanthropic medical genius.  The show revolves around a basic plot, with some supporting side stories and narratives that span seasons. The majority of episodes center on a primary patient’s diagnosis and begin with a cold open situated outside the hospital, with events finishing with the development of the patient’s symptoms.  The typical episode follows the team as they try to diagnose and treat the patient’s illness, which frequently fails until the patient’s condition deteriorates. They normally only treat patients who have been misdiagnosed by other doctors, and House consistently dismisses cases that he does not find fascinating.

Which House M.D Character Are You?

How would you describe yourself?
Loner
Funny
Smart
Strong

Choose a Sin are you most guilty of?
Lust
Wrath
Envy
Greed

Which department would you like to work in?
Infectious disease specialist
Anesthesiologists
Neurologists
Pediatricians

Who would you choose to go in vacation with?
Family
Friends

Do you want House to be rebooted with new character?
Yes
No

Do you have good relation with your family?
Yes
No

What do you prefer in your free time?
Travel
Movies
Rest
Study

Choose one pet you like
Dog
Cat
Parrot
Rabbit