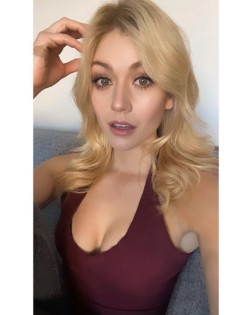 Katherine McNamara, an American actress was born on November 22, 1995, in Kansas City, Missouri. As of 2019, Katherine McNamara is 24 years old and she’ll turn 25 this November. She is the only child of her parents, Ursula and Evan McNamara. She was raised in Lee’s Sumit, Missouri but later moved to Los Angeles, California in 2011. 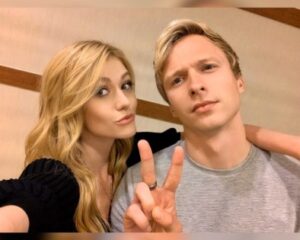 Katherine McNamara was exceptional and intelligent in certain subjects. She was homeschooled in those subjects. She completed her high school at the age of 14. She graduated with her Bachelor of Science degree in Business Administration from Drexel University at the age of 17. She did most of her course work online. In July 2017. She said that she enrolled in an online Master’s degree in Literature at Johns Hopkins University.

Katherine started her acting career at the age of 13. She did a play called “A Little Night Music” from Broadway production. She played as Fredrika Armfeldt and starred with Angela Lansbury and Catherine Zeta-Zones. She continued with other theatre shows like New Year’s Eve. She also played the role of Myra Santelli in Disney Channel film Girl versus Monster. Her other similar works include ‘A Christmas Story, the Musical’, ‘The Crucible’, ‘To Kill a Mockingbird’, ‘Galileo’, ‘Annie’, ‘The Secret Garden’ and ‘Inherit the Wind’. She did few short films and also made guest appearances on television series such as “30 Rock” and “Law and Order: Special Victims Unit”.

On May 6th, 2015 ABC family announced that Katherine McNamara will be playing the lead character Clay Fray in a television series Shadowhunters. The show is based on Cassandra Clare’s best selling book series The Mortal Instruments.

In 2018 McNamara was cast in the seventh season of Arrow. She played the character of Mia Smoak, the daughter of Oliver Queen and Felicity Smoak. She was later a regular for Arrow’s eighth and final season. It was also announced that McNamara will reprise her role as Mia Smoak in potential upcoming Arrow spinoff.

Katherine McNamara is not only a successful artist, but she is also a singer, She has sung songs that were used in movies and television series. She wrote and sang “Chatter” and also appeared in the music video of the song. Her other songs include. My Heart Can Fly, Wait for You, A Sort of Homecoming, Stay Tune and Ember.

In October 2019, McNamara cast on CBS All Access series The Stand. In December 2019, McNamara was featured as the voice of singer Sally Jessup an animated episode of the Dreamworks series Spirit Riding Free. She also provided the vocal for several Christmas songs featured in the special.

Talking about Katherine McNamara charity works,she has participated in several charitable activities as well. She participated in anti-bullying efforts and describes how she was bullied as a child. McNamara has also worked with the Lolipop Theater Network. She visits children who are confined to the hospital due to their nature of the illness. In 2017 she made a song “Glass Slipper” as a part of a charity program for the United Nations Girl Up program. In 2019 and 2019 she participated in the Big Slick Celebrity Weekend, for raising donations for the Kansas City Children’s Mercy Hospital.

On March 31, 2020, McNamara announced that she is working on the song “Just Like James” which was released on April 8. The song is made available on Google Play Store and iTunes and Spotify. She announced that the song and the funds collected through it will be donated to the World Health Organization (WHO) for COVID-19 relief efforts.