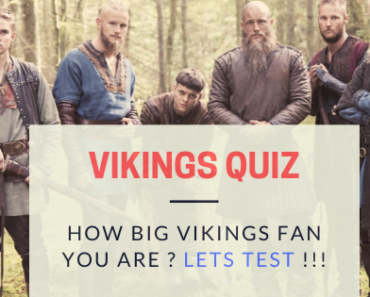 “Vikings” was the tv series released on History channel following tales of one of the best known Norse heroes: Ragnar Lothbrok and his sons who pioneered the raid in England for the first time with help of his fellow warriors, brother and shieldmaiden wife Lagertha. Being born in a family of a farmer in the small city of Kattegat, he became one of the most powerful people in the entire Scandinavia with his courage and hard work and later became the king. Let’s play this quiz to test your knowledge on Vikings !!

If you got a good score please don’t forgot to share it with your friends.

Who was ultimately responsible for the death of Heahmund?
Gunnhild
Bjorn
Ivar the boneless
Torvi

The youngest son of Ragnar is?
Ivar
Sigurd
Bjorn
Hvitserk

The name of Ivar's son is?
Baldur
William
Marcellus
Erik

The first wife of Bjorn is?
T/Phorunn
Snaefrid
Gunnhild
Astrid

The name of the brother killed by Ivar is?
Sigurd
Hvitserk
Erik
Bjorn

Knut was finally killed by Lagertha because?
Trying to rape Lagertha
Being a spy
Betrayed the Earl
Killed another person

"Power is always dangerous. It attracts the worst and corrupts the best." Ragnar said these lines to ?
Bjorn
Rollo
Ubbe
Ivar

Which animal does Ragnar kill to gain the hand of Lagertha for his marriage?
Bear
Tiger
Lion
Wolves

The name of Ragnar's daughter from Lagertha is?
Gyda
Freydis
Gunnhild
Siggy

What relation does Ragnar have with Torvi ?
Daughter in Law
Nephew
Niece
Granddaughter

The story of Vikings (First Season) was set in which century?
8th
9th
7th
10th

The name of Ivar's wife is?
Freydis
Siggy
Gisla
Celsa

Why did Ragnar attend the gathering of Uppsala?
Miscarriage of Lagertha
Defeat in England
Becoming Jarl
Become a king of Norway 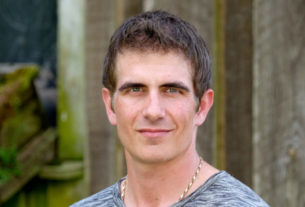