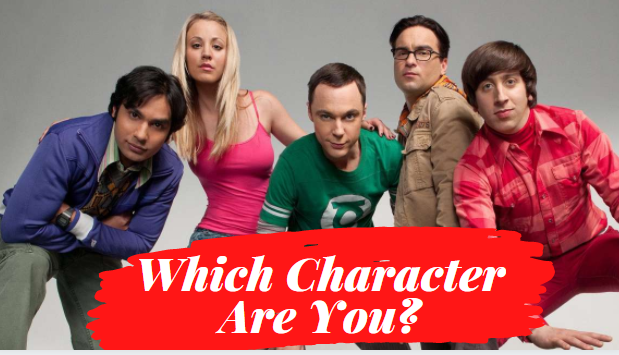 The Bigbang theory is one of the most popular as well as most-watched tv series. The show is both funny as well as smart. This show follows 4 socially awkward friends, Sheldon, Leonard, Howard, and Raj living their life and their journey. Their steady life changes when they met the beautiful waiter named Penny. Warner Bros. Television and Chuck Lorre Productions collaborated on the show, which was shot in front of a live audience. During its first season, it earned mixed reviews, but in the second and third seasons, it received a more positive response. Despite varied early reviews, seven of the eleven seasons were ranked in the top ten of final season ratings, with the eleventh season reaching the top spot. From 2011 to 2014, it was nominated for an Emmy Award for Outstanding Comedy Series, and Parsons won the Emmy Award for Outstanding Lead Actor in a Comedy Series four times. It was nominated for 46 Emmy Awards and won seven of them.

We have developed a character quiz which will show “The Bigbang Theory” Character Are You based on the answer you choose.

How would your friend describe you?
Smart
Annoying
Funny
Boring

What kind of movie do you enjoy?
Sci-fi
Comedy
Love Story
Horror

What is your favorite season
Summer
Winter
Spring
Autumn

How would you describe yourself to other
Smart
Honest
Cute
Funny

What would you do in your free time?
Watch Movies
Play Games
Travelling
Nothing