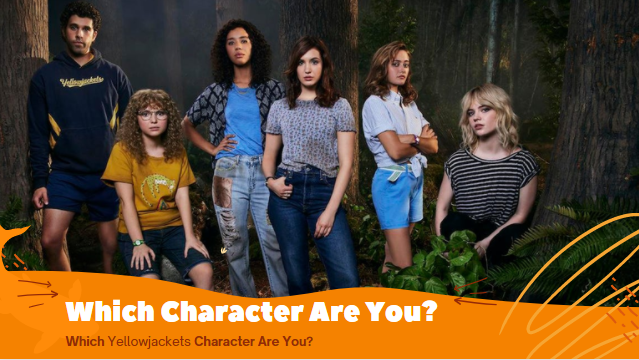 This is Which Yellowjackets Character Are You? a quiz where you will be given one of the characters from the show based on the answer you choose. Ashley Lyle and Bart Nickerson created Yellowjackets, an American drama television series. Sophie Nélisse, Jasmin Savoy Brown, Sophie Thatcher, and Sammi Hanratty lead an ensemble cast as four teens engaged in an aircraft catastrophe in 1996, with Melanie Lynskey, Tawny Cypress, Juliette Lewis, and Christina Ricci playing their adult counterparts. In addition to Ella Purnell, Steven Krueger, and Warren Kole, the film stars Ella Purnell, Ella Purnell, Steven Krueger, and Warren Kole. On November 14, 2021, the series premiered on Showtime. The series has been praised for its story and cast performances. The show was picked up for a second season in December of 2021.

The show follows the squad of high school soccer players from New Jersey travel to Seattle for a national competition in 1996. Their plane crashes deep in the forest while traveling over Canada, leaving the remaining crew members to fend for themselves for nineteen months. The story follows their efforts to survive as well as their current lifestyles in 2021.

Which Yellowjackets Character Are You?

You are a trustworthy person
Yes
No

Select a drink you like to order
Whiskey
Wine
Coke
Beer