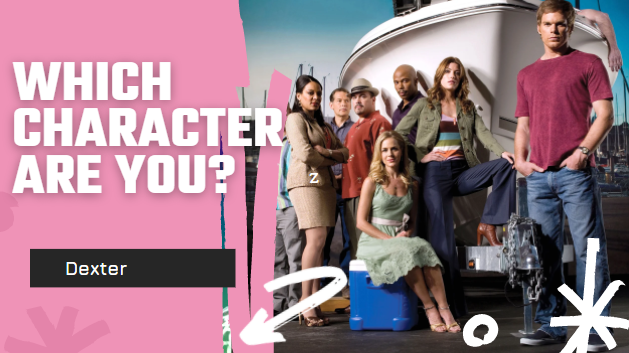 This is Dexter character quiz which will give you one of the character from the show. Dexter is an American crime drama television series that aired on Showtime from October 1, 2006, to September 22, 2013 and was again revived in 2021. The show is set in Miami and centers on Dexter Morgan played by Michael C. Hall, a forensic technician specializing in bloodstain pattern analysis for the fictional Miami Metro Police Department, who leads a secret parallel life as a vigilante serial killer, hunting down murderers who have not been adequately punished by the justice system due to corruption or legal technicalities. The show’s first season was derived from the novel Darkly Dreaming Dexter (2004), the first in a series of novels by Jeff Lindsay.

If you are a fan of the show then this quiz might interest you. Let’s see which character would you get

How would you describe yourself?
Loner
Funny
Smart
Strong

Choose a Sin are you most guilty of?
Lust
Wrath
Envy
Greed

Who would you choose to go in vacation with?
Family
Friends

Do you liked the ending of Dexter Season 8?
Yes
No

Do you have good relation with your sibling?
Yes
No

What do you prefer in your free time?
Travel
Movies
Rest
Study

Choose one pet you like
Dog
Cat
Parrot
Rabbit

Which Dexter Character Are You?