This is Us is one of the most popular TV show that is being telecasted on NBC. The show focuses on Kevin, Kate and Randall who are three siblings. The show shows  their unique personal struggles at different intervals of their life. The show follows a different timeline of their life and shows how it affected their life. If you are a regular fan of the show then this quiz would be easy for you. Let’s see how many questions would you answer correctly. Let’s start This is Us Trivia Quiz

This is US Trivia quiz

Where did Randall's biological parents meet?
On the bus ?
on the train
Hospital
Library

What is the name of a child Rebecca and Jack adopted?
Randall
Howard
Kate
Kevin

What is the name of character Randall's daughter plays in her school play?
Snow White
Cindrella
Anna
Tooth Fairy

On which birthday, Randall manages to track down his biological birthday?
36
35
25
20

What is Randall allergic to?
Pears
Peanut
Chocolate
Rose

What is the name of Rebecca and Jack's child who died at birth?
Kyle
Sophie
Kate
Marie

Who is the biological mother of Deja?
Shauna
Sophie
Pamela
Carol

Where did Jack and Rebecca go on their first date?
Carnival
Movie
His grandparent's house
His office

What is the name of Kate's son?
Jack
John
Steve
William

Who was Miguel's first wife before he married Rebecca?
Shelly
Marie
Tessa
Annie

What is the name of Kate & Toby's son who is also legally blind?
Jack
John
Johnson
Kyle

What is the name of TV show where Kevin had a breakdown during a taping?
The Manny
Mister Nanny
Fire Man
The tragedy

Marvel superfan proposed with an infinity stone ring in front of Captain Marvel
This is one of the most heart warming news from 2019.
Post Views: 3,451 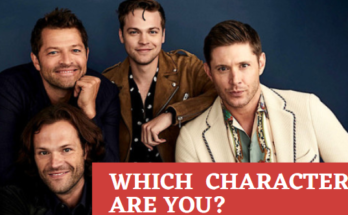 Which NCIS Character Are You?