The 100 is one of the most popular and most talked-about series of this decade. The series was started in 2014 and was concluded in 2020. If you have watched the show then you surely know that there are different groups in the show. Some of the popular crew of the group are Sky people, Wonkru, Grounders, Nightblood, and others. The Grounders which is also known as Outsiders. A person is called a grounder if he/she is a part of a group that was born on Earth’s ground rather than in space of Mount Weather. Sky People which is also known as Skaikru is a term used by the Grounders to describe a person who came from the Ark. Wonkru was a clan that consists of eleven of the former Grounder clans and Skaikru. It was founded by Octavia Blake. Nightblood is also known as Black Blood can be defined as a genetic trait that makes people resistant to radiation and is recognized through black blood. We have created this fun quiz for the fans that will tell which “The 100” Crew you belong to based on the answer you choose.

If you are part of the crew, what job would you do?
Warrior
Technical
Cooking
Guard

What kind of crew are you looking for?
Strong
Loyal
Tactical
Friendly

Which is your favorite season to travel?
Winter
Summer
Spring
Autumn

Which pet do you prefer?
Dog
Cat
Snake
Rabbit

If you have power to time travel, would you go to past of future?
Past
Future

Do you want to be Immortal?
Yes
No

Do you deserve to get transcendence?
Yes
No 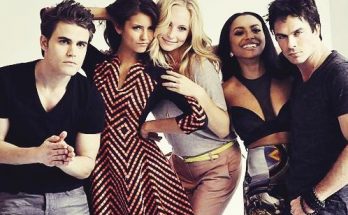