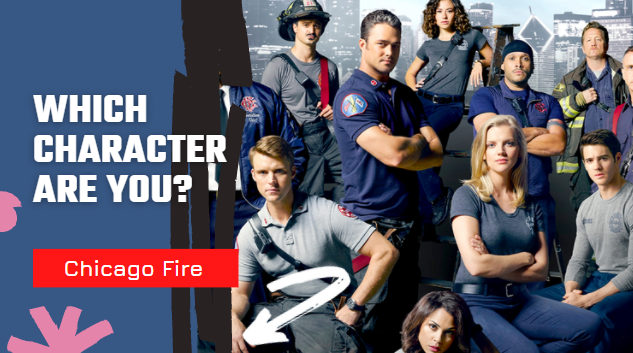 Chicago fire is one of the most popular shows running today. Michael Brandt and Derek Haas created the American drama television series Chicago Fire, which is executive produced by Dick Wolf. At the fictional Firehouse 51, home of the fictional Engine Company 51, Truck Company 81, Rescue Squad Company 3, Battalion 25, and Ambulance 61, the show chronicles the professional and personal lives of the Chicago Fire Department’s firemen, rescue personnel, and paramedics. Following the death of veteran firefighter Andrew Darden, loyalties are strained and divided as Lieutenant Matthew Casey, officer-in-charge of Truck Company 81, and Lieutenant Kelly Severide, officer-in-charge of Rescue Squad Company 3, blame each other for their long-time friend and colleague’s death. They are headed by Deputy District Chief Wallace Boden, who is brave and determined.

Which Chicago Fire Character Are You?

How would you describe yourself?
Loyal
Smart
Funny
Friendly

Which is your favorite season?
Summer
Winter
Fall
Spring

Who would you call if you are in problem?
Parents
Friends
Police
None

Choose a food you like
Pizza
Chicken
Burger
Fries