Passing a Driving test is not a easy task as it seems. When Heitor Schiave’s 60-year-old mother, Maria failed the driving test 3 times, his 43 year old son comes to rescue her.

He made a perfect plan to give exam by impersonating her. He wears floral blouse, make-up , a wig and also painted his nails to look like her mother.

But the suspicion soon rises when his instructor Aline Mendonça saw him and notices the differences. According to his instructor, Heitor tried to look as natural as possible and behave as normal as possible to fool the instructor.He even had a ladies bag . She describe that moment as surreal experience .

According to Mendonca, there were many people who were criticizing her saying son did it for the love of her mother. But the driving test is serious and some one could have got injured or death if he had gotten away with this.

So , Police were called after he was caught impersonating his mom. He was arrested for fraud and misuse of someone’s identity.

Heitor has already confessed for his crime and also said his mom was unaware of his plan. 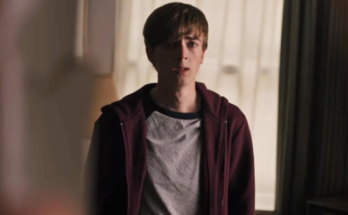