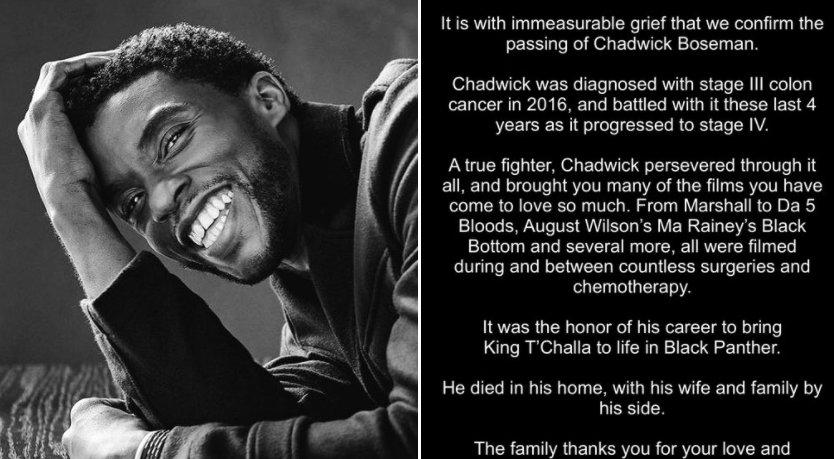 Chadwick Boseman who was the star of Marvel’s “Black Panther,” has died of the colon cancer on Friday after a four-year battle. He was just of age 43 when he died.  His death was confirmed by his rep via his twitter account.

Before he played in a Marvel movie like Black Panther he was known for his role as Jackie Robinson on the movie 42 and James Brown in the movie “Get on Up”. Many of his friends and colleague as well as fans have expressed their grief and condolences through social media. Chris Evans shared these heartfelt condolences on twitter.

I’m absolutely devastated. This is beyond heartbreaking.

Chadwick was special. A true original. He was a deeply committed and constantly curious artist. He had so much amazing work still left to create. I’m endlessly grateful for our friendship. Rest in power, King💙 pic.twitter.com/oBERXlw66Z

It was the highest honor getting to work with you and getting to know you. What a generous and sincere human being. You believed in the sacred nature of the work and gave your all. Much love to your family. And much love from all of us left here. 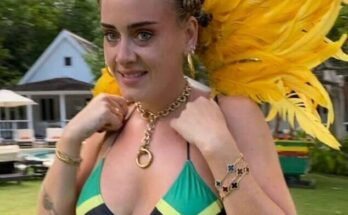 Why Adele faced controversy on her new instagram photograph ?

Into the Night Season 2 has been Confirmed by Netflix