We are devastated to hear the news about the tragic death of Mohit Mor. We want to show our deep condolences to Mor and all the relatives in this sad moment. Here we are presenting Mohit Mor’s biography including everything you need to know about him.

Mohit Mor was born in 1992 in Delhi, India. Mohit Mor was an Indian Gym Trainer, a fitness enthusiast in Najafgarh. He rose to fame through a popular video sharing platform, Tik Tok. He was also equally active on other social media as well. Mohit Mor used to posts vlogs and videos on fitness. He performed various skits as well. His videos are inspiring, emotional and heartwarming.
Mohit Mor is an internet celebrity. He has over half a million followers on Tik Tok. He has over 3 thousand followers on Instagram.

Mohit Mor was unmarried. Beside Gym he had other hobbies such as traveling, hanging out with friends and watching movies. He was an outgoing person who had a deep passion for fitness and health. He made best videos with his friends. He dreamt to become an internet sensation in the coming years.

Mohit loved his childhood where he spent his time with his joint family. He did his schooling from a local school and later joined the University of Delhi for graduation.

On May 21st, 2019, Tuesday, Mohit Mor was fatally shot. Out of 13 shots that were fired 7 of them hit Mor in various parts of his body. Although he was rushed to the hospital, he was declared dead on the arrival.

Mohit was visiting his friend’s shop in Najafgarh’s Dharmpura. He was speaking with his friend inside the photocopy shop when three armed people barged inside and fired 13 rounds of bullets. The CCTV around the area captured footage in which 3 people were on a scooter. However, their faces are not recognizable as the footage is not clear. 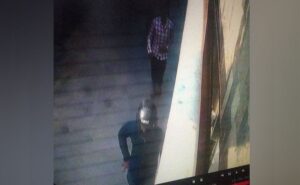 Some of the footage showed the three men, one of them masked, and the other wearing helmets running in a street after the murder.

The senior police realized that the murders quickly fled easily as the area was quite a busy one. Police have registered a murder case and the probe has been initiated.

Police are investigating the case. The motive is not clear but evidence suggests that it could be a case gang violence. Three days earlier two suspected criminals were killed during a shootout between the rival gangs.

Police are looking into his Tik Tok accounts and other social accounts including call details to find some kind of lead.

Mohis had just started college at Motilal Nehru College of Delhi University. Mohit already lost his father. He lived with his mother and a brother. The police are speaking to them to get any kind of clue.
Mohit Mor was just 27 when the incident occurred. The news shocked people all over the country. People are questioning the laws of the country.

One person explained  “It’s shocking to know that firearms have been used in most of these incidents. Random checking of motorcycles and frisking should be carried out on the outskirts of the national capital. History-sheeter criminals involved in gangland shootouts should be booked under the National Security Act,”

Mohit Mor’s Social accounts are flooded with condolences and prayers.

Hopefully, with Mohit Mor Biography, you get to know about everything you want to know about him. You can present your condolences in the comment section below. Thank You.