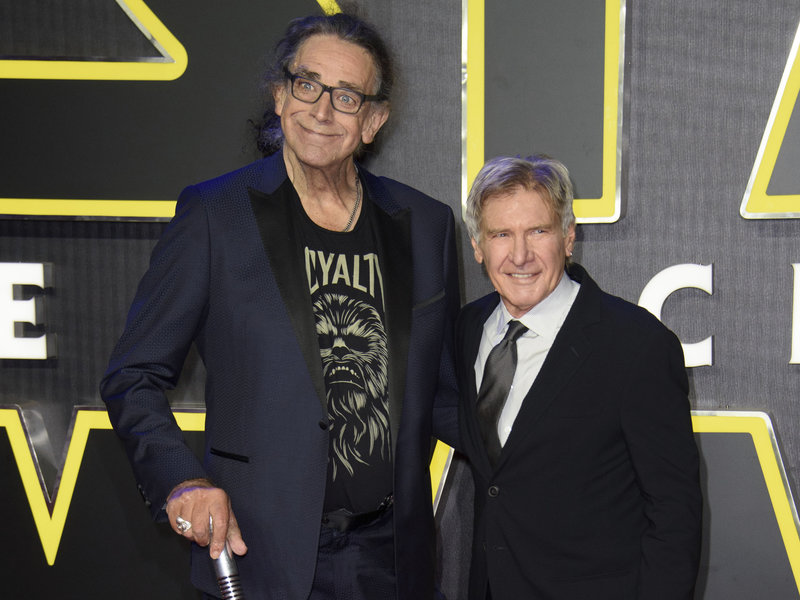 Peter Mayhew was an English-American actor. He is best known for his role as Chewbacca in the Star Wars film series.

Peter was born on 19th May 1944 in Barnes Surrey. He first started his acting career in 1977 where he played a role in Sinbad and The Eye of The Tiger. The producers discovered him from a photograph in a newspaper article about men with large feet. So the producers cast him with the role of a minotaur.

Peter had his major success from the Star Wars. The director George Lucas needed a tall actor who could fit the role of a hairy alien Chewbacca. Mayhew did research for the character by observing the behavior of bears, monkeys, and gorillas at the zoo.

After that Peter Mayhew played in five Star Wars movies listed as below.

the original trilogy Star Wars,
The Empire Strikes Back
Return of the Jedi),
Star Wars: Episode III – Revenge of the Sith and
Star Wars: The Force Awakens

His other works include 1978 horror film Terror. He also provided the voice for Sasha
in the English version of Dragon Ball GT: A Hero’s Legacy.

Mayhew wrote two books for younger audiences. Growing Up Giant is about being different and making it as your strength. His other

book is My Favorite Giant that explain about anti-bullying.

Peter Mayhew was married to Mary Angelique on 7 August 1999. They have three children, Katy, Sheryl, and Kathleen. They had a foundation named Peter Mayhew Foundation for individuals and families in crisis situations to food and supplies for children of Venezuela

Peter Mayhew passed away due to heart attack on 30th April 2019 at the age of 74. He was only weeks away from 76th birthday. A memorial service for friends and family would be held on 29 June, and a separate memorial for fans would take place in December at EmpireCon La.

Celebs responded to his death with tweets on Twitter.

He was the gentlest of giants-A big man with an even bigger heart who never failed to make me smile & a loyal friend who I loved dearly-I'm grateful for the memories we shared & I'm a better man for just having known him. Thanks Pete #RIPPeterMayhew #Heartbroken @TheWookieeRoars pic.twitter.com/8xbq9HEWF2

He was the gentlest of a giants-A big man with an even bigger heart who never failed to make me smile & a loyal friend who I loved dearly-I’m grateful for the memories we shared & I’m a better man for just having known him. Thanks Pete #RIPPeterMayhew #Heartbroken @TheWookieeRoars

Much more than Chewie to me…My heart hurts…I will miss you my dear friend…thanks for the great memories! #RIPPeterMayhew #StarWars pic.twitter.com/0DfCo59zpG

Much more than Chewie to me…My heart hurts…I will miss you my dear friend…thanks for the great memories! #RIPPeterMayhew #StarWars