If you loved watching Elite then you must be looking for an emotional, captivating, and show filled with twists and turns and an in-depth drama which includes love, jealousy, education, crime, sex, and thriller. In this video, we’ll cover such series which you must watch after watching Elite.

Elite is a Spanish thriller drama web television series made for Netflix by Carlos Montero and Dario Madrona. It’s set in a fictional elite secondary school – Las Encinas and revolves around the relationship between the 3 working-class students who enrolled with the scholarship and their wealthy classmates.

Elite is primarily the teen drama but with more progressive issues and other sides to its cliches such as diverse sexual themes. The series is structured as the multi-timeline plot with each season taking in 2 timelines and employing the flash-forward plot with some mystery elements.

Sex Education is a British drama-comedy web TV series created by Laurie Nunn. The series was premiered on 2019 January 11 on Netflix. In this show, Asa Butterfield was starred as an insecure teenager and his mother as a sex therapist. Having gained over 40 million viewers after it’s debut it became a critical and commercial success for Netflix. The second series was released on 17th January of 2020 and it’s been already renewed for season 2.

The first series follows the story of Otis Milburn, an insecure teenager who is controversial about sex, or perhaps because, his mother is a sex therapist who is honest about all aspects of sexuality. After inadvertently helping the school bully, the stress of his sexual performance, Otis started a sex counseling business with Maeve – a confident but annoyed classmate – to help fellow students with their sexual problems.

Riverdale is an American teen action series based on Archie Comics characters. The series was adapted for The CW by Archie Comics chief creative officer Roberto Aguirre-Sacasa and is produced by Warner Bros and CBS Television Studios, in collaboration with Berlanti Productions and Archie Comics. Originally designed as a feature film adaptation for Warner Bros the idea was redefined as a TV series for Fox.

In 2015, the development of the project was transferred to The CW, where the series was commissioned for a pilot. The filming takes place in Vancouver, British Columbia. It follows Archie Andrews’ life in the small town of Riverdale and explores the darkness hidden behind its seemingly perfect image. It depicts various incidents that happened in the town of Riverdale between different time frames and the friendship, love, tragedy, and crime between the friends of Archie, in a beautiful way that you will surely love.

The Society is a mystery American teens web drama television series created by Christopher Keyser and premiered on Netflix on May 10, 2019. The series stars Catherine Newton, Gideon Adlon, Sean Birdie as the lead casts. Although a second season was planned, the series was canceled after one season as a result of the COVID-19 pandemic.

The society follows the story of the group of teenagers who must run their community after the rest of their townspeople disappear mysteriously. The mystery begins when local high school students return early on a canceled field trip and discover that everyone is gone. A dense forest appears surrounding the city. It appears that the outside world no longer exists and cannot be contacted over the phone or the Internet. Teens must come up with their own rules to survive with limited resources.

Euphoria is an American teen drama television series written by Sam Levinson, loosely based on the Israeli mini-series of the same name. Euphoria follows a group of high school students through their sexual experiences, drugs, friendships, love, identity, and trauma. The series stars Zendaya and premiered on HBO on June 16, 2019. In July 2019, the series was renewed for a second season.

It received positive reviews from critics, who praised it for its cinematography, story, scores, and performances, specifically those of Zendaya and Hunter Schaeffer, and her approach to the mature subject matter, although it became a subject of controversy over her use of nudity and sex: Content that some critics have deemed excessive.

Although a bit old series Skins is still a good series to watch if you are a fan of Elite. Skins is a British teen comedy-drama television series that follows the lives of a group of teens in Bristol, southwest England, through two years from Level 6. Her controversial storylines have explored issues such as dysfunctional families, mental illness (such as depression, eating disorder, post-traumatic stress disorder, and bipolar disorder), adolescent sexual activity, sexuality, substance abuse, death, and bullying.

Each episode generally focuses on a specific character or a subset of characters and the struggles they encounter in their lives, with episodes named after the distinct characters. The show was created by father and son TV authors Brian Elsley and Jimmy Britten for the company’s photos, and premiered on E4 on January 25, 2007. Skins were a huge hit in addition to being a review winner.

Chilling Adventures of Sabrina is an American horror supernatural television series developed by Roberto Aguirre-Sacasa for Netflix, based on the Archie comic book series of the same name. The series is produced by Warner Bros. Television, jointly with Berlanti Productions and Archie Comics.

Chilling Adventures of Sabrina is set in the fictional town of Greendale. It is a bleak tale of coming of age that includes horror and magic. Sabrina Spellman must reconcile her dual nature as half-witch and half-lethal while fighting evil forces that threaten her, her family, and the daytime world inhabited by humans.

It features Sam, an 18-year-old on the autism spectrum, who sets out on a fun, yet painful journey of self-discovery of love and independence and overturns his family.

It’s a coming-of-age comedy that follows a diverse group of teenage friends as they face the challenges of growing up in the gritty downtown of Los Angeles.

It’s the series featuring a grieving teenager who finds an unexpected connection with two classmates at her new high school after they all land in the same Anonymous group of shoplifters.

It follows the story of five young Community Service outsiders who are caught in a strange storm and discover that they have developed superpowers.

How To Get Away with Murder

It’s a sexy, suspenseful thriller about a group of ambitious law students and their brilliant and mysterious criminal defense professor. They become entangled in an assassination plot and they will shake the entire university and change the course of their lives.

It is the series that presents an exclusive group of privileged teenagers from a posh high school on the Upper East Side of Manhattan, whose lives revolve around the blog of the omniscient but top-secret Gossip Girl.

Every teenager thinks their parents are evil. What if you found out that they were? In Marvel’s Runaways, six diverse teenagers who can hardly stand each other must band together against their parents to stop the evil happening around them. 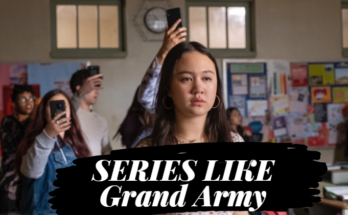 7 Shows Like Grand Army You Must Watch | Series | Netflix | Hulu 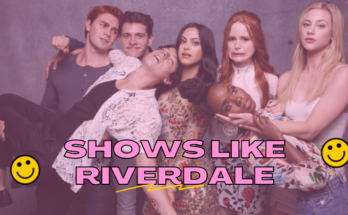