Fat Shaming has been the subject of debate over many years. Some people think its good thing to shame other because ultimately it is going to be good for their health and other thinks its not. Bill Maher and James Corden Seems to be in opposite side of spectra in this matter.  Bill Maher , the host of Real Time with Bill Maher talked about this in his show. In Bill Maher’s Show , Bill Maher argued that Fat Shaming should returned because it would inspire people to be healthy. Bill gave the examples of European Countries to show they don’t have such problem as Americans have. And until we start Fat shaming again, the problem might increase. Here is the complete video where he argues why fat shaming is sometime good thing

This episode by watched by many people including James Corden. James Corden watched the show and feel uncomfortable because he has personal experience with this subject. He has been subject of fat shaming most of his life. So he wanted to clarify some of the myth that’s around Fat Shaming. He argues that Fat shaming is just another form of bullying and if Fat shaming helps people maintain their weight than most of people who got bullied would have six packs. In short Fat shaming doesn’t work , it triggers anxiety , depression and many other problem to people who is being shamed. Here is the video where James Corden responded to Bill Maher about Fat Shaming

we’re using this term fat shaming, we’ve come up with a name for it but let’s be honest fat shaming is just bullying 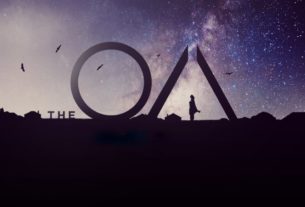 Why Netflix is Cancelling Your Favorite Show?